It was the moment everyone had been waiting for, after almost a decade of preparation: the launch of Apollo 11 from Cape Kennedy on 16th July 1969…

All the preparations had been made: Saturn V SA-506, the rocket that carried the Apollo 11 spacecraft was in situ at Launch Complex 39. Fuelling - with liquid hydrogen - began in the early hours of the morning.

The crew were woken at 4am and prepared by showering and shaving for the last time and having a ‘traditional’ breakfast of steak and eggs! They dressed in their space suits and began to breathe pure oxygen, then took their places inside the ‘Columbia’, the Command Module. 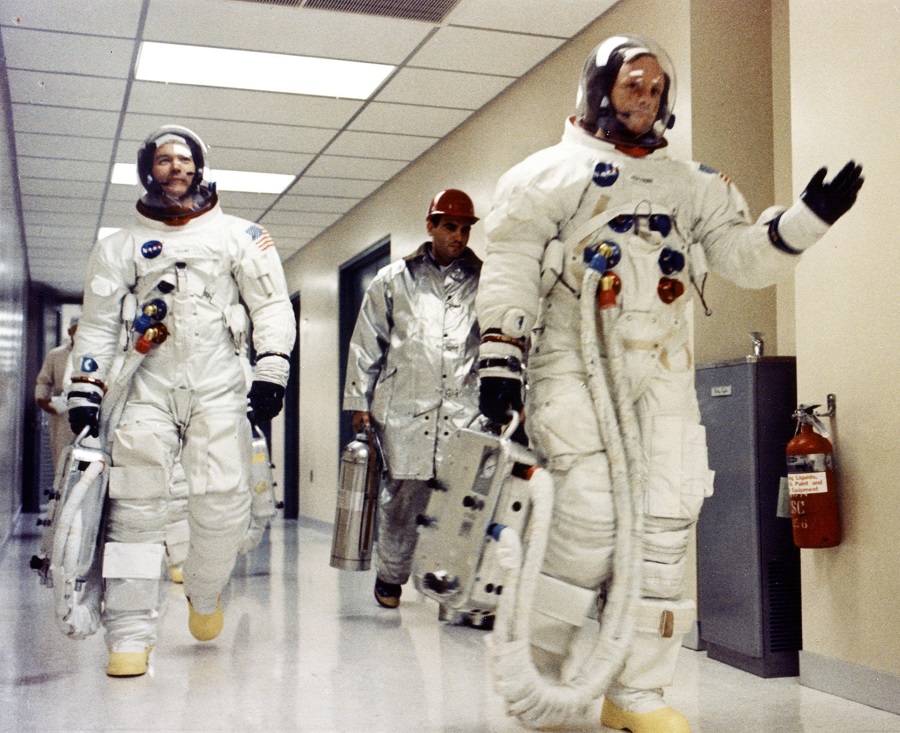 Apollo 11 Commander Neil A. Armstrong waves to well-wishers in the hallway of the Manned Spacecraft Operations Building as he and Michael Collins and Edwin E. Aldrin Jr. prepare to be transported to Launch Complex 39A for the first manned lunar landing mission.

The countdown was automated from 3 minutes and twenty seconds before launch. Public Affairs Officer Jack King was the voice recording the countdown for spectators:

The launch was televised live in 33 countries, with 25 million viewers estimated in the US alone. Millions more listened to the radio transmission. President Richard Nixon watched from the White House.

The start of the journey to the moon had begun.