In fond memory of John Gaillard

A long serving and very active member of FAI’s aerobatic commission CIVA, John’s early forays into the aerobatic competition arena in his adopted South Africa came in the late 1970’s flying a Stampe biplane, from which he developed a broad appreciation of the many aspects of this demanding sport. At an early stage he became involved in the management and organisation of aerobatic competitions in South Africa, and before long this led to a key presence on the judging line – firstly as a judge and, as his confidence grew, the post of Chief Judge for many events was an easy move. 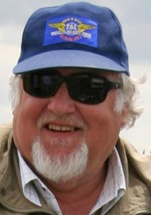 International aerobatic championship events from the very first in 1960 were concerned solely with what we now call the Unlimited level, but a bold move initiated by John in 1995 saw the introduction of an Advanced category that has led to a considerably wider and more populous level of commitment by many pilots working their way toward the top level. At an even later stage he was instrumental in kick-starting an Intermediate category so that CIVA now provides a full range of progressive stages for competitors to enjoy as their skills progress. Johns pioneering spirit never showed any sign of slowing down, and until recently he was part of a team looking to introduce a new and more affordable class of aerobatics involving light sport aircraft. 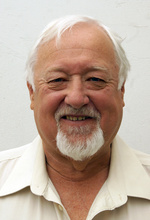 Always deeply serious but rarely without a wry grin, John’s great experience and depth of understanding in the sport led inevitably to much experience as an international Chief Judge. Here his authority and control in this complex area of real-time management became well respected. Never one to avoid speaking his mind in contentious situations however, he became a highly respected part of the international aerobatic championship scene and a prime mover in many aspects of CIVA’s development.

Declining health unfortunately led to his absence from the Chief Judge post at the 31st FAI World Aerobatic Championships in Poland this year, and sadly to his passing at home as the event itself got under way. Fondly remembered for so many quirky incidents by a wide range of competitors and officials in this sport, life will not seem quite the same again.

Rest in peace John, we shall not forget you.