This year’s German-French Balloon Kids Camp took place in Sonnenbühl, Germany with a total of 19 participants aged 8 to 14 from Germany and France.

Most of the participants had no experience with ballooning before the camp. This made the excitement of discovering the region in the air for the first time from a balloon basket all the greater. Due to some very nice and warm October days at the beginning of the camp, we were able to have three balloon flights with three hot air balloons each, so that each participant could fly in a balloon at least once. 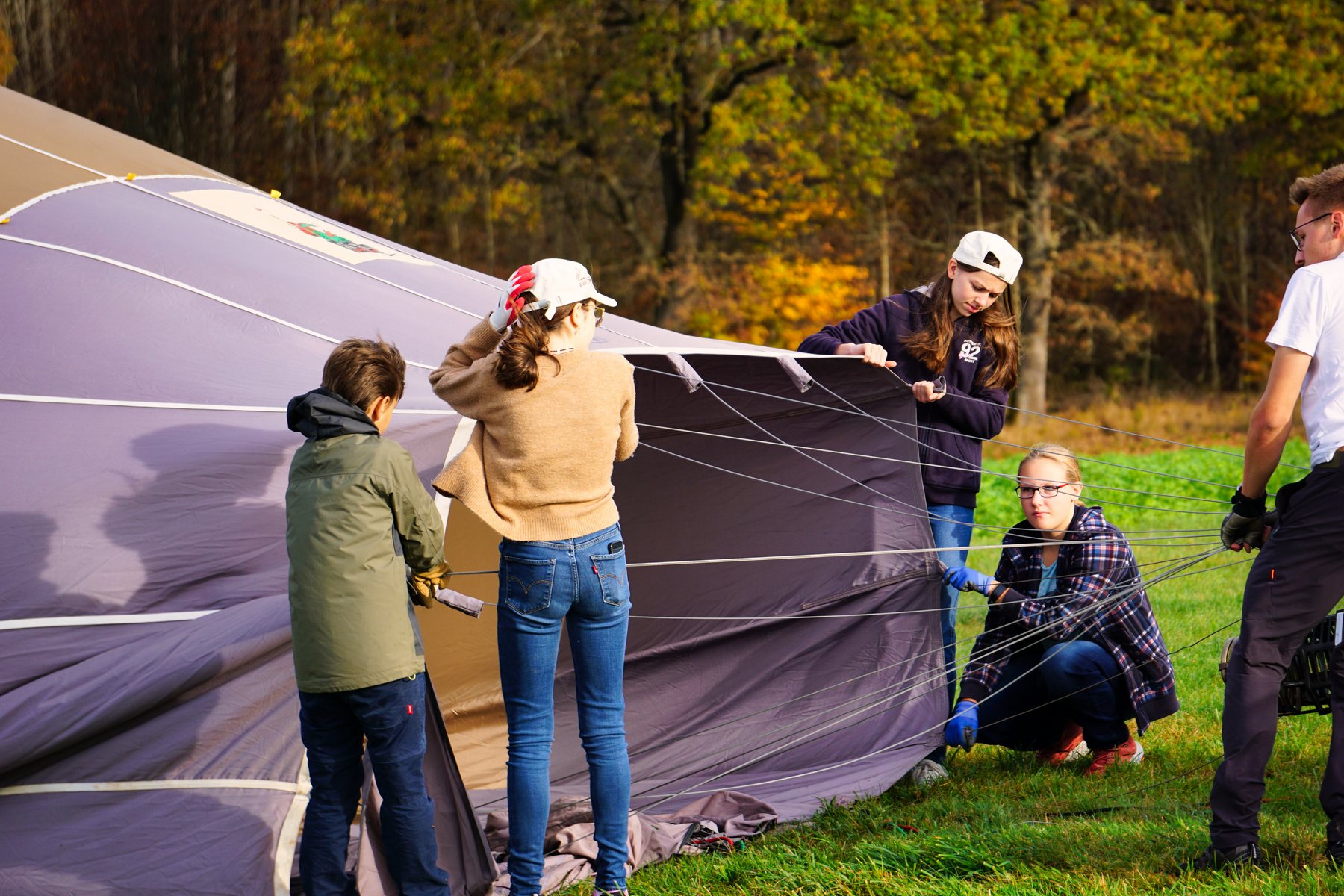 During the assembly and disassembly of the balloons, all participants actively assisted in almost all tasks, partly independently or with the help of a team member.

Apart from ballooning, there were also some other leisure activities during the 5 days. The group visited a miniature golf park, went bobsledding or organised a children's disco at the end of the camp. 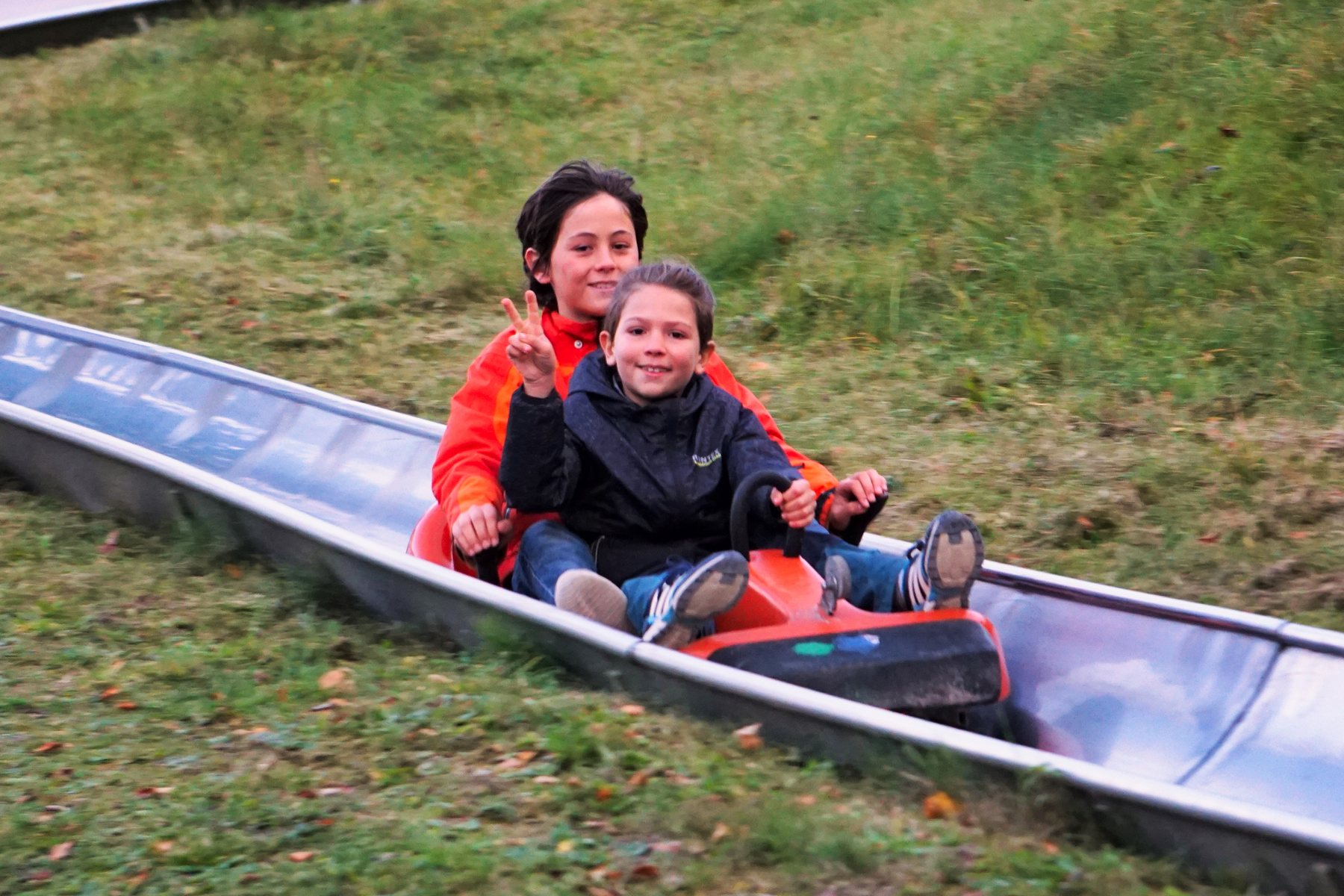 Participants on the bobsleigh track

As a cultural program item of the free time, we visited the historical castle Hohenzollern. In the form of a castle rally, the participants discovered the castle and learned about the historical background.

In a German-French group of children, communication between participants from different nations can be a challenge. However, the participants quickly learned to communicate nonverbally without words and to exchange and help each other. During the language animation, the participants additionally learned some basic words and phrases in the respective partner language in a playful way. A few participants were already learning French at school, so they had a lot of fun during the camp applying what they had learned, expanding their own vocabulary or teaching other participants new words. 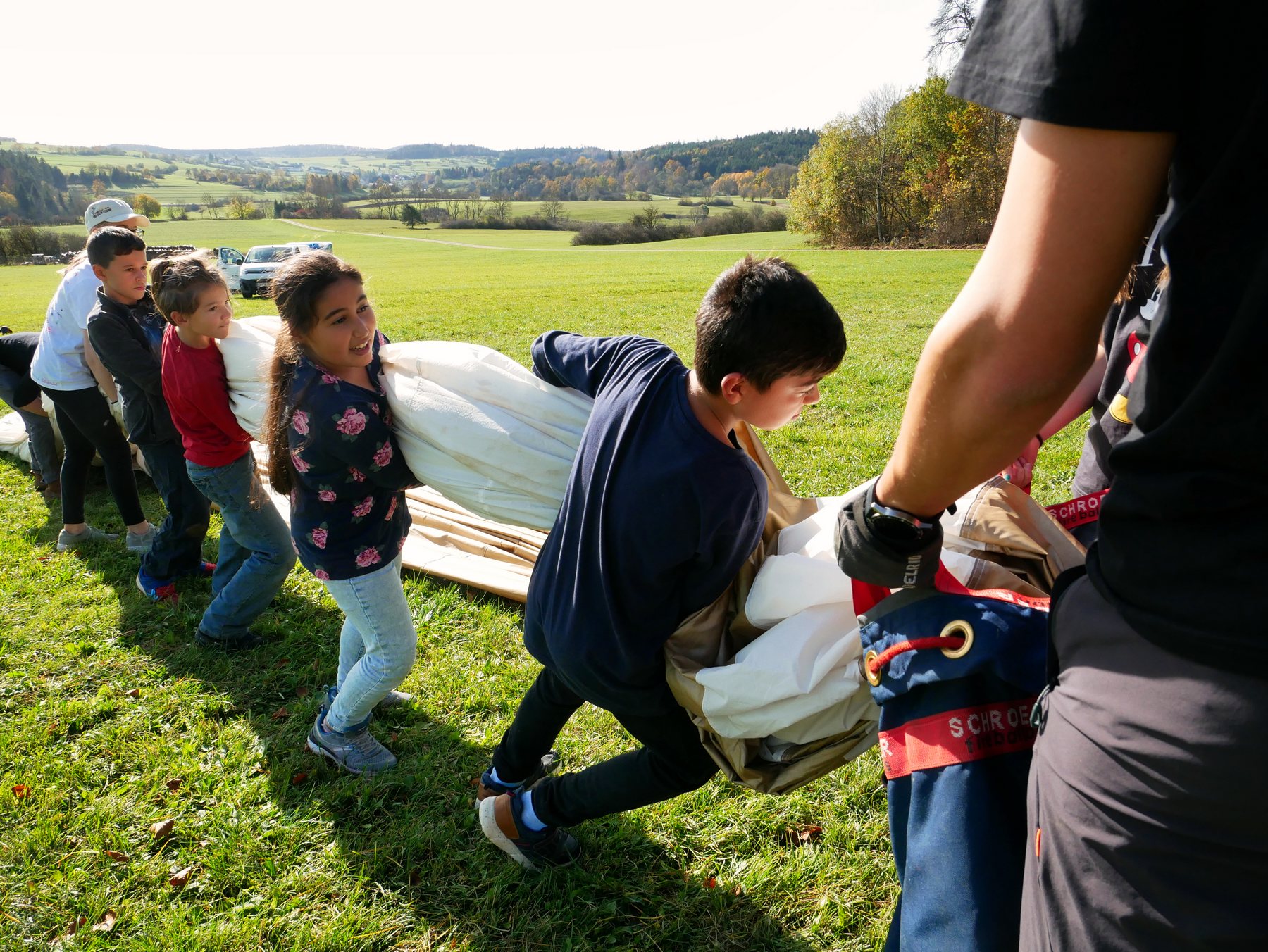 The DFJW Balloon Children's Camp takes place every year alternately in Germany and France and is strongly supported by the Franco-German Youth Office (DFJW / OFAJ) as well as the FAI Ballooning Commission (CIA).

A Balloon Youth Camp in the same style is also held every summer for young people aged 13 to 19. More detailed information about the balloon camps can be found on the site of the Franco-German Youth Office or on ballaeron.de.